Is My Fat Making Me Fat? Part III

Is My Fat Making Me Fat?

Part III - So what do I do now?
What are some guidelines to weight loss?

Losing more than 4 lbs in a week is discouraged because this weight loss is made up of a ratio of about 60% Fat Free mass to less than 40% fat deposits.
A more realistic weekly weight loss goal is about 1 pound per week. This can be achieved by eating a balanced diet of proteins, carbohydrates and fats. 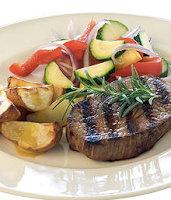 The amount of calories consumed from these food groups should be 200 to 500 kcal less than the calories needed for your daily energy expenditure. An approach like this would result in fat mass being the almost exclusive loser in your weight loss to the tune of 0.5 to 1.0 lbs of fat a week.[i] In a year you could drop as mush as 25 lbs of fat alone.
And some interesting new research is showing what is happening on the molecular level when people exercise or improve their diets to affect change. A recent NY Times Well article highlighted research about the methylation of genes and the epigenomic affects this has on muscle and fat cells.[ii] The methylation process makes it harder for genes to send or receive messages. In one study, moderate exercise for 6 months showed effects in fat cells, specifically on genes associated with fat storage.[iii]
Another study showed that participants who biked until they had expended 400 calories showed methylation in their muscles cells with genes associated with metabolism. The even more interesting part of this study was that it provided further evidence to debunk the myth that fat-burning workouts should be done at a lower intensity. Your body’s energy systems work more off of storage. Meaning it will only not burn fat for as long as it has stores of glucose / carbohydrates to use. Once these energy sources are depleted, it has no choice but to switch over to fat burning (aerobic energy) in the muscles, and to start breaking down fat in the body to replace glucose stores. So if you can perform an activity for 30 minutes say, doing it at as high of an intensity level as is possible and comfortable will burn more calories and thus more fat. Doing it a lower intensity will not result in more fat burned.[iv] 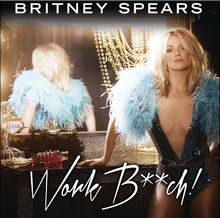 As Ms. Spears would say, you wanna the body? You better work!
Concluding Thought:
With a long-term approach it’s not only possible to lose fat weight, but also make tangible changes to your body on a molecular level.