Is My Fat Making Me Fat? Part I

Is My Fat Making Me Fat?

Part I - What's up with fat cells?

In my time of working with clients, this question has been posed to me frequently. And the short answer is yes, fat does seem to beget fat. The longer answer is it’s complicated.

Let’s take a look at the commonly accepted basics about human fat tissue.
Fat, also know as adipose tissue, is made up of individual cells called adipocytes. There are two main types of fat cells – white and brown. However brown cells are found in very small amounts in adults, so we will ignore them for now.[i]
It turns out fat (the white type for this article) plays a pretty major role in our daily lives, for the good and the bad.

•Energy Metabolism
•Heat Insulation (it keeps you warm, like the blubber of a whale – yeah sit with that image)
•Mechanical Cushioning (hehe – a fancy way of saying it provides a protection layer, for say perhaps falling on your buttocks)

Fat is the body’s main source of energy storage, specifically over longer durations of time. In fact, fat is one of the only energy, vitamin or mineral sources that the body has developed ways to keep excess stores of.[iii] I know, lucky you, right? Well, in the words of those paleo diet folks, there’s a pretty significant evolutionary adaptation for this – food shortage. Our not too distant ancestors had to deal with food insecurity – whether it be time in between hunting kills, or cold weather limiting foraging options (think berries, greens, nuts, fibrous foods), to droughts affecting crop yields. Thus survival became imperative on, one, being able to store a great deal of fat and, two, building up those stores quickly.

However, the strides made over human history have helped us alleviate food security issues and provide us with ever better and tastier high caloric eating options. Which means, if you’re ever in a zombie apocalypse, 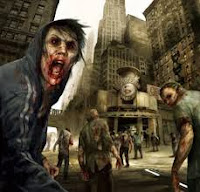 you’re going to be pretty pleased to find a pack or Oreos to live off of for a few weeks. Yet, minus, a zombie apocalypse or Revolution type situation, our modern food options, bring us to the bad about fat and back to my initial question.


Studies in the past 10 to 15[iv] years have started to elucidate the mechanisms of fat cell development and interactions to really understand what it means to have excess fat.

The three main factors that lead to gains in fat are:

•Diet (specifically the amount of calories ingested, versus the amount of calories used in a specific day)
•Exercise (How active a person is in their daily life, as well as type, frequency and intensity of workouts)
•Heredity (Not just your genetic predisposition to have a certain number of fat cells, but also your muscle make-up, lung capacity, skeletal structure and metabolism)[v]

Lets look more at diet to start. So when you ingest, say fat, it gets processed through the stomach and intestines to forms that allow it to enter your blood stream. Once in the bloodstream, the body is uncannily adroit at breaking down these fat forms into free fatty acids (FFAs) that can be used in the muscles (as energy), stored in fat cells (as fat droplets), or sent to the liver to be converted into the bodies preferred energy source, glucose.[vi]

Side note, did you know that brain cells can only use glucose for energy? (Well ketones in dire situations) And that the brain accounts for about 20% of the calories burned in a person’s Resting Metabolic Rate (the amount of energy the whole body uses in a day of limited to no activity)? Crazy stuff[vii].

Pretty much any fat you ingest is down to be converted into fat droplets in your body, so don’t eat fat right? Not exactly, most modern humans ingest the majority of their calories from carbohydrates, which are sugars in various sizes/levels of complexity. They are most often broken down into the terms complex carbs aka starches, which include cereals, breads, pastas; and then simple carbs aka sugars that include candies, jams, desserts. However, most non-animal food products contain carbohydrates as well, like vegetables and fruits.

Why did I go into details about this? All of these types of food, along with meats (proteins), can also be converted into fat. There is however a metabolic cost for this conversion, for example an extra 100 calories of carbohydrates in the bloodstream takes 23 calories to convert and store as fat[viii].
What it all means, is that all of the above are sources of calories (as well as vitamins, minerals and amino acids) for the body. When you consume more calories then the body needs, it stores these excess calories as fat, in the most simplistic terms.

This brings us to some interesting modern day research. How does one gain weight as fat? Do you get more fat cells? Do fat cells get bigger?

During development through adolescence the number of fats cells appears to be malleable. As a child gets fatter, their fat cells not only become larger, but as the cells fill with fat they can also trigger stem cells near them called preadipocytes to turn into fully developed fat cells, thus increasing the number of fat cells in a person.[ix] But what if you/this child loses the weight? Those fat cells die right? Ummm . . . no . . . sadly. Once cells are developed they’re with you for the long haul. This was recently proven by scientist at the Karolinska Institutet in Sweden who through radioactive carbon testing were able to demonstrate that the number of fat cells in adults, even those who were lean and had gained weight and those that had lost weight, stayed the same.[x]

Yikes, so what is happening to those cells? It turns out that they are just being emptied. Waiting like a collapsed lattice 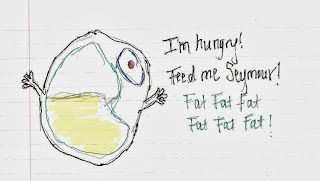 Read this great story about the life of a fat cell to understand moreabout that devilish pictured fat cell.

And it gets worst, cause you’re probably thinking well at least as an adult I can not develop new fat cells, the science shows that right? Well a big thank you to the great researchers at the Mayo Clinic who have demonstrated that it appears adults can form new fat cells, specifically in their lower body.[xi] Beware of your pants tightening through the thighs; it can be the harbinger of some newly formed friends. 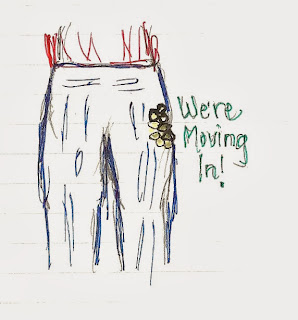